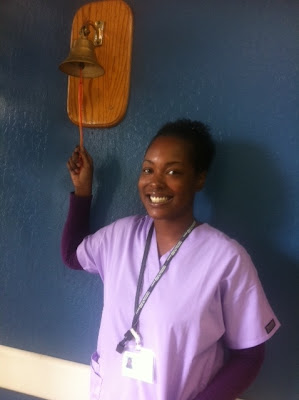 Brittany Philpart, graduated from the Medical Office Assistant program at JobTrain in 2008.
After becoming a JobTrain graduate, Brittany was inspired to advance her education and began matriculating at Foothill College in Los Altos, Ca.
While pursuing her coursework, Brittany was hired at CVS and worked as a typist for their pharmacy department until August 2011.
TODAY, October 4, 2011, Brittany returned to JobTrain to share some amazing news. She was just hired to work as a Student Health Educator. Brittany is on an upward trajectory towards accomplishing her goals and becoming a Licensed Vocational Nurse.
Brittany will graduate with an Associate of Science degree in Education from Foothill College in 2012.
2011-10-04T22:47:00-07:00